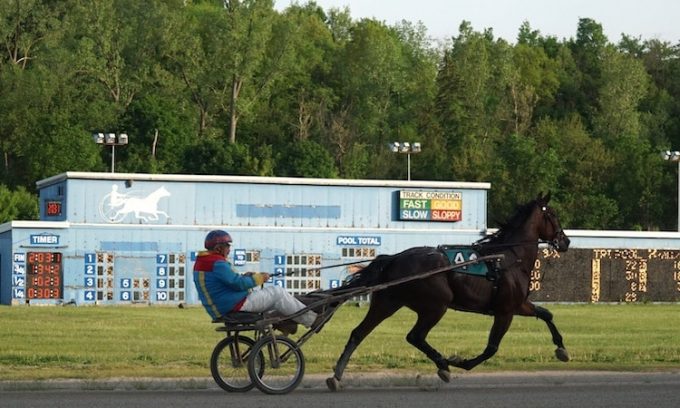 A simple question seems to tie many involved in the Michigan gaming industry into knots.

An initial response may start with a sigh, or a preface — “Well, here’s the thing…” But the question is straightforward and should be uncomplicated. Is wagering on fixed-odds horse racing, run through a sportsbook, legal in Michigan?

Brandt Iden — the former Michigan lawmaker who sponsored the legislation that legalized internet gaming and sports betting in the state, and who is now the head of government affairs at Sportradar — said the intent of the legislation he wrote was to include fixed-odds horse racing, which is different from conventional parimutuel wagering, in that it pits the bettor against the operator, like a traditional sports bet, and does not expose the bettor to odds changes after a wager is made.

The text of the bill that legalized sports betting in Michigan, known as the Lawful Sports Betting Act, appears to support that interpretation, as it allows for wagering on “athletic events,” which are defined as “a sports activity that involves the athletic skill of [one] or more players or participants.”

Horse racing is among the athletic events that are exempted from the law, but only “if sports betting on that race is parimutuel.” However, since fixed-odds betting on horse racing through a sportsbook is not parimutuel, the law should allow for it, right?

When asked if fixed-odds wagering is allowable under current law, Mary Kay Bean, a spokesperson with the gaming control board, said it “has not been approved.”

The word “approved” is key in that statement, as athletic events require board approval for operators to offer wagering on them. When asked for clarification on the legal interpretation, however, Bean said the board declined further comment.

Several lawyers who have handled gaming law in the state declined to offer a legal interpretation, as well, but attorney Robert Stocker dove in.

“Ultimately, it’s up to the gaming control board to say yay or nay, but when I look at the language, I can see why the board staff is basically saying no comment. They’re probably looking at it, if this is something they want to permit, but the wording of ‘athletic event’ is broad enough to arguably cover the situation.”

Stocker is correct, as Dennis Drazin and Bill Pascrell III, both associated with the company BetMakers (which should begin facilitating fixed-odds wagering in New Jersey soon), said they have been involved in discussions with the MGCB about fixed-odds horse racing.

“I’ve talked to multiple senior officials in the executive and legislative branches [in Michigan], including those responsible for interpreting the law,” Pascrell said. “I am of the opinion, and confident in the accuracy of that opinion, that Michigan will potentially be the third state to launch fixed odds, after New Jersey and Colorado. The state has the framework and regulatory authority all in place. What remains is, I believe, continued conversations with all the stakeholders.”

To that point, as with any horse wagering situation that crosses state lines (Michigan’s only active racetrack is Northville Downs, which has standardbred harness racing), the Interstate Horse Racing Act requires consent agreements with both racetrack operators and horsemen’s groups for sportsbooks to offer fixed-odds betting on their races, which can provide challenges. As for Northville Downs, however, both the Lawful Internet Gaming Act and the Lawful Sports Betting Act require the direction of “five percent [of taxes from non-tribal online gaming taxes] to the Michigan agriculture equine industry development fund.”