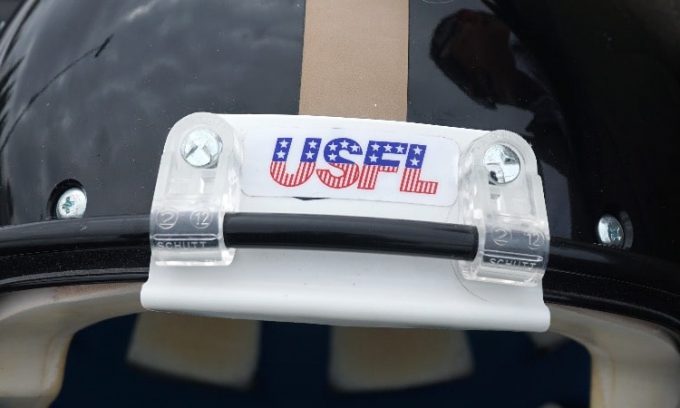 It’s been known since late February that former University of Michigan quarterback Shea Patterson was drafted by the Michigan Panthers with the first overall pick in the USFL Draft.

Only recently, however, did the USFL finally reveal complete rosters for the eight-team professional football league that kicks off with a game between the New Jersey Generals and Birmingham Stallions on April 16. The Panthers play the next day against the Houston Gamblers to begin their season. All regular season games for the entire league will be played in Birmingham, Alabama.

How the sportsbooks account for the Panthers being the team most likely to end up claiming the league championship isn’t clear, especially when team rosters only became known a few weeks ago.

Yet, Patterson, who passed for 8,800 yards and 68 TDs over his time at Michigan and Ole Miss, and the rest of Panthers are projected to be playing in the USFL title game scheduled to take place on July 3 at the Tom Benson Hall of Fame Stadium in Canton, Ohio.

Obviously, the Panthers becoming champions is going to require more than just Patterson being a one-man show on a team where the average age of the players is 25.6 years old and the average player size is 6-foot-1, 242.2 pounds.

Here’s a look at the Panthers’ roster by position.

Patterson, who played his last two collegiate seasons at Michigan (2018-19), was the first overall selection in the USFL draft. You don’t have to wonder who will be standing behind center when the Panthers offense takes the field for the first time. He’s the starter and figures as one of the most recognized players in the spring league. The 6-foot-1, 210-pounder is looking to make the most of this opportunity to show that  he’s a more than capable QB.

Former Memphis standout Paxton Lynch (6-7, 245) was drafted to serve as Patterson’s backup. Lynch, who was drafted by the NFL’s Denver Broncos in 2016, put up prolific passing numbers while in college, totaling nearly 9,000 yards to go along with 59 TDs. He seems like a solid No. 2 who could step right in if needed.

“Paxton is just looking for the right opportunity,” Panthers coach Jeff Fisher said in a video interview posted on the team’s website. “Paxton’s skill set is certainly different from Shea’s, so we may use them both.”

Michigan grabbed former Indiana standout running back Stevie Scott III (6-1, 225) with its second pick in the draft. Scott was a battering ram in a Hoosiers uniform, rushing for more than 2,500 yards and 30 TDs during three seasons at Indiana. Reggie Corbin (5-9, 205) played at Illinois and Cameron Scarlett (6-0, 220) played at Stanford, two programs that traditionally like to lean on running the football.

Former San Jose State punter Michael Carrizosa (5-9, 225) has been assigned the punting duties while Shane Griffin (6-4, 253), of West Chester University, is listed as the long snapper. In a league where two-point conversion tries are encouraged, the Panthers don’t list a kicker on the roster.