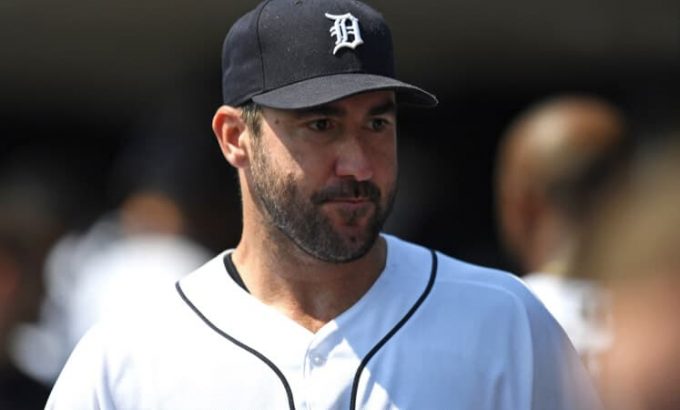 A 77-win season shouldn’t be cause for celebration for any Major League Baseball franchise, ever.

But deep into a rebuilding process that saw the Detroit Tigers lose a franchise-record 114 games in 2019, last year’s 77-85 record, good for third place in the middling AL Central, put fans and oddsmakers in an optimistic mood — especially after the team signed free agent shortstop Javier Baez to a six-year, $140 million contract in the lockout-shortened offseason.

Prior to the start of the season, several of Michigan’s mobile sportsbooks — including FanDuel and DraftKings — had the Tigers at 7/1 to win the division, shorter than every team except for the Chicago White Sox. And in addition to welcoming Baez into the fold, Detroit boasted two of the favorites for Rookie of the Year in first baseman Spencer Torkelson (+525 at BetRivers before the season started) and outfielder Riley Greene (22/1).

Things seemed to be looking up for the Tigers, but Andy Morrissey — who grew up in the Detroit area before becoming a WynnBET golf analyst — wasn’t so sure.

While acknowledging that “there was some optimism” around the Tigers heading into the year, Morrissey was quick to add, “With [General Manager] Al Avila still being there for seven years and not really showing anything, I wasn’t too high on them.”

Morrissey is the type of dyed-in-the-wool Detroit sports fan who would have loved to have been wrong about this. But it turns out Morrissey was right: At 45-74 heading into Wednesday night’s game against Cleveland, the Tigers were in last place in the AL Central with the third-worst record in all of baseball (better than only the Nationals and A’s).

Worse yet, the Tigers’ rebuild has now been deemed a colossal failure, with Avila getting shown the door last week. His firing dredged up painful memories of the 2017 trade that sent ace starting pitcher Justin Verlander to Houston — in the year the Astros (controversially) won the World Series — for a trio of prospects in Daz Cameron, Franklin Perez, and Jake Rogers.

While Perez is still in the minors and Cameron and Rogers have at least sniffed big-league action, it remains to be seen whether any of the trio will ever pan out.

“Rogers was, like, the No. 1 prospect for awhile, but he got hurt and is still bouncing around,” said Morrissey. “Cameron’s been decent, I guess, but nothing like Verlander.”

Feels like a right time to remind everyone of one of the worst trades in #MLB history.

August 31, 2017: @tigers send @JustinVerlander and a player to be named later and cash to the Houston @astros for Franklin Perez (minors), Daz Cameron and Jake Rogers.

As for Verlander, he’s still with the AL-leading Astros. And with a 1.95 ERA this year, he’s the favorite (-190 at FanDuel) to win his third career American League Cy Young Award at age 39.

Morrissey said he understands Avila’s decision to trade Verlander at the time. After winning four straight division titles, the Tigers had let another Cy Young winner, Max Scherzer, walk to Washington in free agency after the 2014 season while seeming intent on shedding salary.

Yet Morrissey also conceded that, like many, he “didn’t think [Verlander would] continue this, but he’s got the kind of stuff to be a savvy veteran.”

Comparing Verlander’s trade to that of longtime Detroit Lions quarterback Matthew Stafford, a melancholy Morrissey lamented, “Good for him, but it would have been nice for him to see some success in a Tigers uniform.”

Whether anyone wearing a Tigers uniform will see success anytime soon is now an open question.

“It’s gonna be tough,” said Morrissey, who remains high on Torkelson and Greene despite their rookie struggles. “I think the first step was to get rid of Avila. I don’t think they have a super great farm system relative to other teams. They have some young pitchers — Casey Mize should be decent.”

His mind wandering back to better times, Morrissey concluded, “When the Tigers are good, the city is so alive.”