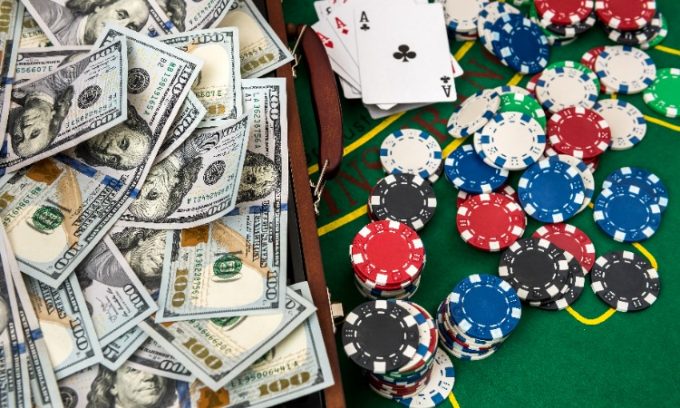 The Michigan online casino market — which has been booming since day one — has continued to boom, with the state setting yet another monthly record in March, taking in nearly $131.7 million, according to numbers released by the Michigan Gaming Control Board (MGCB).

This marked the ninth time — out of 15 tries — Michigan online casino operators set a monthly record, and March marked the sixth time in the last eight months the state has set a new bar.

In the table below, we comp the launch month performance of each currently operational U.S. #online #casino market (normalizing for the amount of days each market was live in its launch month and adjusting for inflation). Safe to say Michigan is … a *bit* of an outlier. pic.twitter.com/8CmrBHvmjE

Also notable: All of a sudden, Michigan is nipping at the heels of longtime market leader New Jersey when it comes to the state with the most internet casino revenue.

In March, New Jersey set its own record with a $140.7 million month, but it’s certainly worth noting New Jersey has been in the online casino business for nearly a decade; Michigan, 15 months.

And while Michigan has a population of about a million more people than New Jersey, the rapid rise of its online casino market has certainly surprised, as original estimates of the market were pegged significantly lower.

How about a 5x mistake?

When lawmakers were debating whether to allow online sports betting and casino action in the state, the House Fiscal Agency estimated a fully mature iCasino market in Michigan would bring in roughly $300 million a year.

In 2021, the total haul was over $1.1 billion, according to MGCB figures, with more than a third of that courtesy of market leader BetMGM.

This year, the state is currently on pace to have a $1.5 billion campaign.

And while the revenue has blown away the legislative estimates, not everyone is surprised to see it.

“There were many in Michigan, including our legislative fiscal agencies and treasury, who greatly underestimated the potential of the Michigan market,” said former state Rep. Brandt Iden, who led the charge to bring legalized online gambling to Michigan. “However, despite their pessimism, I always knew that a fully developed market would be one of the most competitive in the country. With almost 10 million people in the state, 26 tribal casinos, three commercial casinos, and a robust lottery, Michigan is a massive gaming state and I believe that you’ll see us become an even stronger player in the market as we continue to develop.”

On that “develop” point, however …

One potential hiccup in Michigan’s march to online casino dominance is simple math, as New Jersey has over two dozen online casinos, with more in the pipeline. Under New Jersey law, up to 45 online casinos can be live in the state (each land-based casino can partner with up to five online operators).

Michigan, however, is set up differently. Each online casino or sportsbook has to have a land-based casino partner — much like New Jersey — but each casino can partner with only one online operator, thus limiting the number of potential online casinos to 15, which is exactly where the state is right now.

To open it up to more online casinos would take legislative action, of which none is pending.

Of course, the number of casinos may not cause dramatic differences in the final cash tally each month, but a million here or a million there can potentially flip the state vs. state comparisons.

But when and whether Michigan catches New Jersey almost doesn’t matter; the fact that the state is blowing away expectations by nearly five times the estimates is surely an eye-opener — not just for Michigan lawmakers, but probably for lawmakers around the country.